JukeRec is a straightforward online radio recorder guaranteed to please those users who look for a simple, convenient and exceptionally easy way to stream and record their favorite Internet Radio stations.

The program offers an impressive list of Internet radio stations including no less than 2000 names and covering all music tastes – from rock and jazz, to classical and electronic, from hip hop and pop music to children’s radio and reggae, from soul to soundtracks and many more. To the existing stations you can add in the “Stream List” section any other stations you prefer.

All the Music You Want – No Copyright Infringement Risk!

Unlike when downloading music from torrent sites with JukeRec you can have your favorite artists stored on your computer without risking obnoxious copyright notices and lawsuit threats from the RIAA. Recording music with JukeRec is totally legal.

Whenever you like what you hear you can hit the “Record” button (for a time interval you can specify; by default the “Record entire stream” option is selected) and save the stream as an audio file(s) in the directory you will also select.

JukeRec is a simple streaming and recording tool, perfect for even the most sophisticated music tastes.

iTunes DRM files include AAC, M4V M4P M4A M4B. If you don’t remove itunes DRM it’s impossible to play itunes music video on any Apple incompatible devices, like Zune, Creative Zen, PSP, BlackBerry, mobile Phone, etc. This turns out really bad if you want to buy a new mp3 player or cell phone which is not manufactured by Apple. iTunes M4V Converter for Mac comes to help you to remove the DRM and convert the M4V file to a video that can be edited in the video editing software like Movie. M4V Converter is a powerful M4V video converter tool. It records m4v video you purchased or rental to AVI, MPG, FLV, SWF, 3GP, 3G2, or MP4 format for iPod, iPhone, iPad, Apple TV, PSP, PS3, Gphone, Zune, Mobile Phone and more portable devices. The conversion is fast, for it offers amazing recorded speed. It won’t take much time to finish conversion. The DRM removal does no harm to the video quality, and the conversion almost keeps the original definition.

All in one M4V Converter

This M4V Converter supports batch conversion. It makes batch M4V video conversion simple. First of all, you need to create a batch list of any different formats, and then convert them all to a single selected format. The converted files will be saved to a pre-selected directory folder and the original files will remain untouched.

It also supports large video file conversion, which can even be larger than 2GB.

An ultimate DRM audio converting tool. NoteBurner M4P Converter is a versatile music converter that helps convert M4P to MP3, M4B to MP3, WMA to MP3, M4P to M4A, WMA to WAV, M4A to MP3, RM to MP3, and more! This DRM converter supports converting both DRM protected and non-protected audio files to MP3, WMA, WAV, M4A (AAC), OGG, FLAC that are ready for playback on any computers or compatible music devices like iPod, iPhone, Zune, PSP, Archos, Sony Walkman, and any other MP3/MP4 music players, as well as for mobile phones. NoteBurner M4P Converter doesn’t crack DRM control. It simulates the Burning, Ripping and Encoding process by installing a virtual CD burner named “NoteBurner Virtual CD-RW”. All you need to do is to burn your playlist from your media player software to the virtual CD burner, and NoteBurner will convert all music files in the playlist to MP3, unprotected WMA or WAV files automatically.

Convert all kinds of audio files for playback on iPod, Zune, PSP, Archos, Sony Walkman, Creative Zen, San Disk sansa, iAudio & Cowon, and any other MP3/MP4 music players, as well as for mobile phones such as Sony Ericsson, Nokia Nseries, BlackBerry, Samsung, LG, Motorola, and many other portable media players.

Offer batch mode for converting large collection of music. In iTunes, you can create a new playlist, drag audio files from the library to the playlist, choose our NoteBurner Virtual_CD_RW as the CD burner, hit Burn button, then the program will do the batch conversion for you. 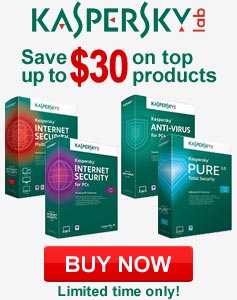